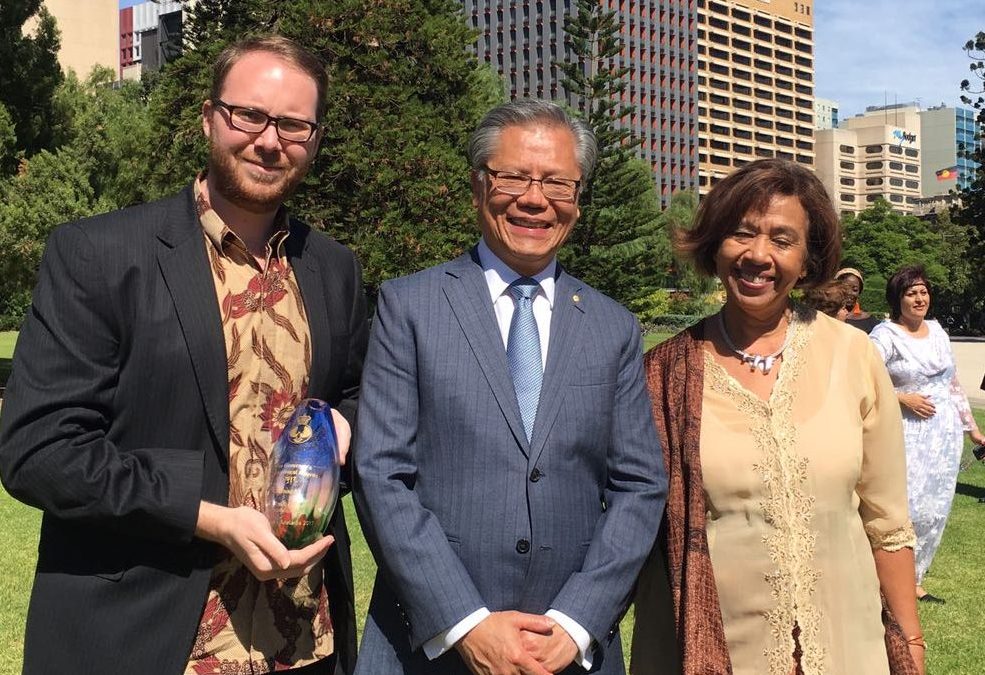 The Australian-Indonesian Association of South Australia (AIASA) has announced that Indofest-Adelaide will be held in Victoria Square on Sunday 28 April 2019, with funding confirmed from the City of Adelaide and the South Australian Department of Human Services, Community Services Division.

This popular festival managed almost exclusively by volunteers ran for ten consecutive years until 2017, when it moved to its new location of Victoria Square attended by a record crowd of 10,000.

AIASA President, Ms Firda Firdaus, says the funding will help the Association to present this free family event to Adelaide audiences again after taking a break in 2018.

In March 2018, Indofest-Adelaide 2017 won the highly prestigious and competitive South Australian Governor’s Multicultural Awards for Cultural Diversity under the organization category (pictured). Receiving this award is a huge honour and recognition for the hard work and success of Indofest-Adelaide 2017.

“Bringing ideas to life in such a big festival run by the community in a voluntary capacity required much effort. Many challenges arose along the way. However, every problem that appeared was solved and every obstacle was overcome,” said Ms Firdaus.

“The contribution from members of the Indonesian community in Adelaide, and the hard work and collaborative endeavor of the large number of people sitting on the committee were the driving force and the stimulus of this outstanding result.”

I would like to announce that Indofest-Adelaide is going to be coming back bigger and better in April 2019!