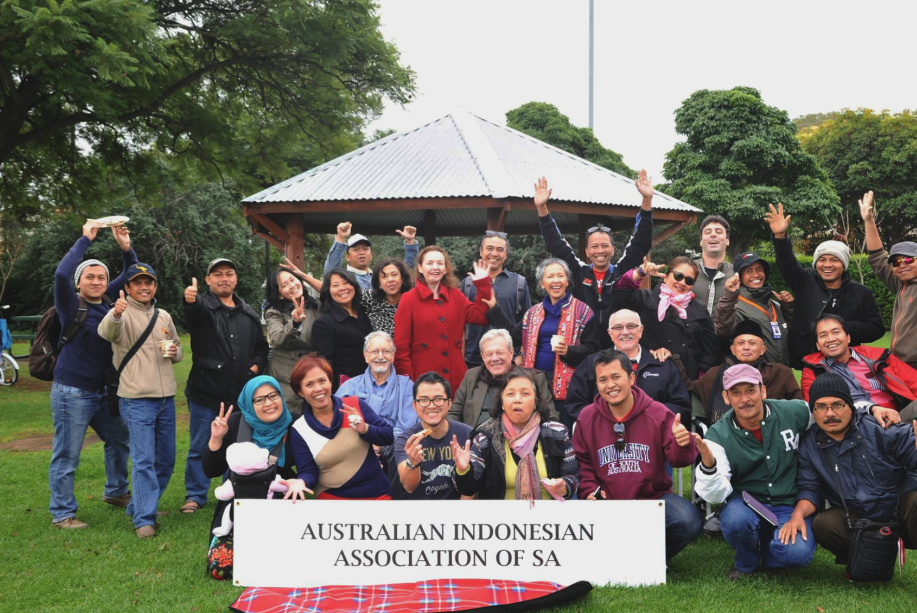 To meet the needs of the community and deliver on its objectives, the AIASA presents an array of activities and programs each year. From the earliest days, the maintays of the AIASA include Independence Day Celebrations, Cultural Performances, Family Day Picnics, Social Bush Walks, Conversation Classes and Sporting Competitions.  Other programs emerged over time including the celebration of Hari Kartini, Fundraising Dinners and Seminars held in conjunction with other Indonesian Community Organisations in South Australia. By working in a “gotong royong” (mutually cooperative) fashion with various Indonesian community groups, the AIASA’s most successful achievement to date has been annual staging of Indofest-Adelaide, a festival that has been celebrating all things Indonesian.

Another important aspect embedded in the AIASA’s aims and objectives is a financial aid program which supports members of the Indonesian community both in Adelaide and abroad. Currently its dedicated charities include Yayasan Sayap Ibu, a long-established orphanage situated in Yogyakarta, and Yayasan Senyum, an organisation that facilitates the delivery of health care to people with craniofacial disabilities throughout Indonesia. The association also makes donations to assist people affected by disasters in Indonesia such as tsunami, floods and earthquakes in Indonesia.

The AIASA is always open to accepting new members and new ideas. If you would like to become involved with the AIASA and the Indonesian community in South Australia more information can be found here.