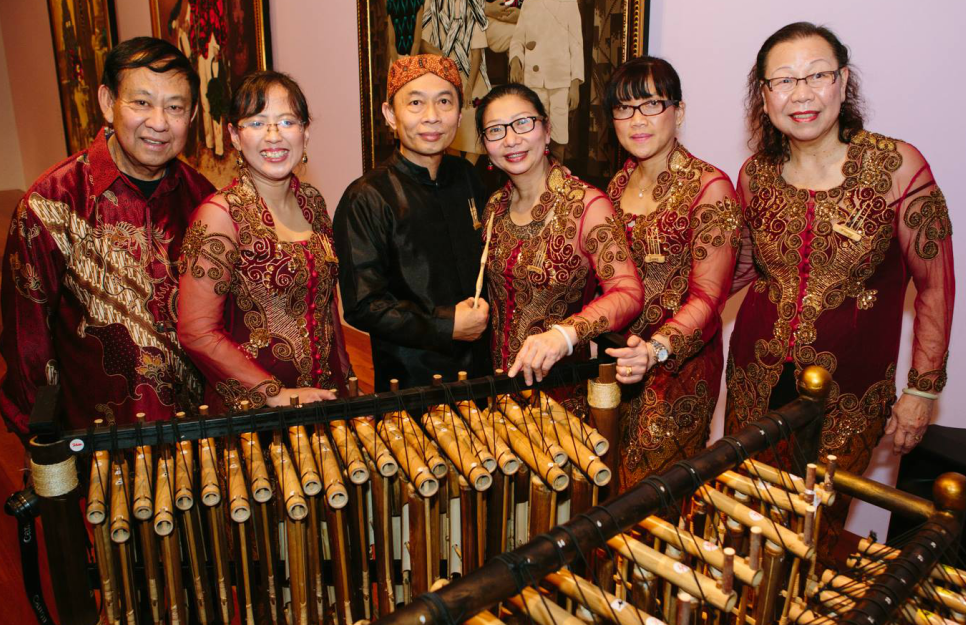 One of the performing groups to look forward to at this year’s festival is Adelindo Angklung, a group of Adelaide based musicians who create music from traditional Indonesian bamboo instruments called Angklung.

Pak Ferry and his Angklung musicians have not had much of a rest since last year’s Indofest. Instead they have been following their passion to share one of Indonesia’s traditional musical instruments and its soothing sounds to spread joy and create harmony with other nations. The last twelve months have been jam-packed with performances at schools, nursing homes, nursing homes, churches, community groups and festivals, not only here in Adelaide and interstate, but also overseas in New Zealand.

More recently, Adelindo Angklung have been visiting Adelaide schools as part of the Indofest Schools Program. Now in its third year, the program was designed to bring both South Australian school students and Indonesian community members together to foster better understanding between our two countries.

Wanting to offer school students the opportunity to show off their newly acquired Angklung skills, Adelindo Angklung will be holding an Angklung Jam Session at Indofest on in the area between the State Library and South Australian Museum. Later in the afternoon they will then make their way to the main stage to entertain the Indofest audience with a mixture of Indonesian and Western traditional and contemporary songs. We would tell you more of what to expect from this group at the Indofest Cultural and Culinary Festival but that would ruin the surprise!